Prepare the Way for Peace

Posted on December 5, 2017 by rachaelkeefe 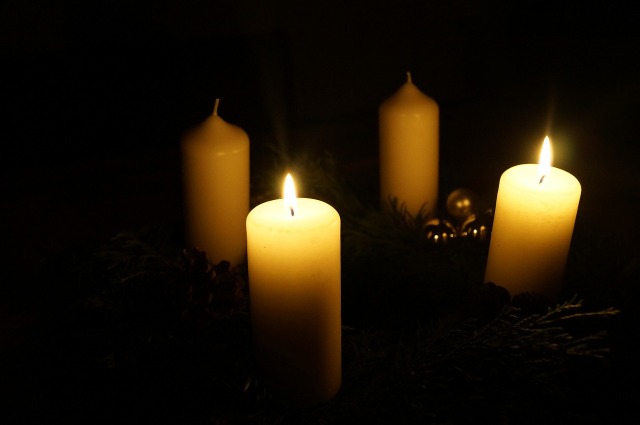 “Comfort, O comfort my people,” says your God. I have always misunderstood these words. Maybe they became so familiar that I just didn’t hear them. Somehow, I’ve always heard these words as God desiring to comfort God’s people. On some level, I suppose this is true. But these words were spoken by God to the prophet. Isaiah was told to comfort God’s people, to reassure them that God had not forgotten them and that in the present moment there is a call to “prepare the way of the Lord.” The prophet seeks to comfort the people by calling them to action. Get ready. Do it now.

The systemic issues of U.S. society are numerous, though many continue to live in denial. If you’re awake and paying attention, it’s impossible to miss the ubiquitous racism, misogyny, homophobia, Islamophobia, transphobia, xenophobia, and other fear-based divisions among us. They are all tied together and are now being exploited by (and for the benefit of) those in positions of power who trade in fear mongering and hate-filled oppression. Into the miasma of fear and hatred God speaks: Comfort, O comfort my people. For my sake, remind them that they are loved and forgiven, and could start living in this truth at any time. To do that, tell them to prepare the way for me. Bring down the mighty and lift up the lowly to allow justice to yield equity throughout creation.

I hear the charge to the prophet and the call to the people now in the particular context of the many, many #MeToo stories. Stories shared by white women, women of color, poor women, wealthy women, trans women, lesbian women, bi-sexual women, famous women, able-bodied women, women with disabilities, Christian women, Muslim women, Jewish women, Wiccan women, healthy women, women who live with physical or mental illness, and all other women. Misogyny crosses all racial, economic, religious, and health barriers. We’ve all heard the public stories as one after another powerful man comes under fire, some responding with appropriate apology while others continue to live in denial. There are the lesser known stories that flow through social media feeds. And there are the stories being told that involve pastors and church elders. How can any of us preach peace when we live in a culture that excuses rape, sexual assault, sexual harassment, and abuse of power as normative. Why are so many people surprised when another politician, entertainer, or pastor is named as a perpetrator? Why are so many of us reluctant to accept the stories women tell as real and true?

I was raised to be a victim, and I am not alone. I was nine the first time I was sexually assaulted and I didn’t dare tell anyone. My mother would not have believed me. She believed that women were to blame when they were assaulted. She saw it as a woman’s place to give a man what he wanted. Unfortunately, this remains a commonly held point of view. And it became mine for a long time. When I was raped at nineteen by someone I knew, I believed it was my fault and didn’t say anything about it to anyone for years. I had no way to know any different.

From the age of nine on, sexual harassment was a daily event. There were wolf whistles and cat calls as I walked the school hallways or passed construction sites or shopped at the mall. I remember the high school teacher who made inappropriate remarks about my “voluptuous body.” Then there was the boy who broke up with me after a few months of dating because I wouldn’t have sex with him. And the college professor who invited me to sit on his lap when I commented on the fact that it was cold in his office. And the member of the first youth group I had responsibility for who just kept asking me out over and over again for the entire year I worked at that church. And the seminary professor who never focused on my face and somehow always contrived to touch me inappropriately. Later there were the parishioners who hugged too closely or repeatedly asked me out or made comments about the way I buttoned “too many buttons” on my blouses or made it known that they preferred shorter skirts. And I cannot leave out stalkers who showed up at my house uninvited and unwanted, refusing to leave. There were others, too. I was often told by adults who noticed what was happening to ignore all of this unwanted attention. Sometimes my mother even told me to “enjoy it while it lasted” because someday I would be too old for men to find me attractive; I should be flattered that men let me know that I was attractive.

On the other hand, church was a safe place for me as a child, and I’m thankful that I was not victimized in this way by any church leaders or clergy. Yet, some of them did contribute to my victim-identity by their lack of support for me as a woman. When I told the man who was the senior pastor of my childhood church that I wanted to go to seminary, he said, “To be a DCE (Director of Christian Education)? I had grown up a little by then and said without hesitation, “No. I want your job.” While in seminary, I was visiting the college I attended and met the campus chaplain who had been hired after I had graduated. When he asked what I was doing, I told him that I was in seminary. His response was, “Why would anyone who looks like you want to go into ministry?” I was left speechless by the ignorance of this stranger.

Since then, the most frequently asked question from male colleagues upon meeting them remains either, “When will you finish seminary?” or “Is this your first call?” Right. After decades of fumbling for an appropriate answer, I turn the question back on them. I refuse to be the victim I was taught to be. “Comfort, O comfort, my people” becomes “Prepare the way of the Lord.”

A voice cries in the wilderness…

What shall I cry?

This second Sunday in Advent is the Sunday of Peace. How do we prepare the way for God while there is so much fear, anger, and judgement everywhere? We begin with ourselves. Our families, our neighborhoods, our schools, and our churches. We acknowledge how we have participated in the misogyny that permeates our culture. We question the values that have been handed down to us and ask if the way we treat one another honors God, ourselves, or our neighbors.

Perhaps we even begin to recognize that this call to the prophet Isaiah to comfort the people of God is a call we all need to hear. Are we speaking tenderly to one another? If we can hear that in God’s words to Isaiah, then perhaps we can also hear that it is up to us to make a way for God’s presence, God’s peace, to be experienced in the world.

Advent is not a season meant for individuals to engage in spiritual house cleaning. It is a season for faith communities to wake up to the ways in which we have been complicit in denying God’s presence, the ways we have worked against bringing the Realm of God closer. Advent is a time to join hands with our neighbors and recognize the strength found in community that will allow us to claim the liberation that has happened, that is happening, and that will happen again.

Perhaps the apocalyptic proclamations of shaking up the world can be a predictor of God’s people finally coming together and ending the hate-filled, fear-directed ways we separate ourselves from our neighbors. God has already broken into the world. Isn’t it time we live accordingly?

Hi. I am a pastor, an author, a painter, and a poet. My latest book is available now to order from Chalice Press, The Lifesaving Church: Faith Communities and Suicide Prevention (http://amzn.to/2DZ55EU).
View all posts by rachaelkeefe →
This entry was posted in Musings and tagged Advent, change, church, Faith, hope, Isaiah, misogyny, peace, politics, religion. Bookmark the permalink.

4 Responses to Prepare the Way for Peace