My immediate response to this week’s readings is, “Yeah, that!” There is something about the stories of prophets that resonates deep within me. I don’t like it. I don’t want to admit it, but it’s true. Many years ago, I was preaching on Moses leading the Israelites out of Egypt. I described the role of Moses as prophetic leader of God’s people. I then went on to enumerate the ingratitude he received for all his efforts. The Israelites did not want the hardship of change and transition. They wanted familiar food and drink and comfort. They didn’t like the desert and they didn’t care what Moses was going through trying to keep God from smiting them. (Not to mention the absurdly long duration of movement from one place to another.) At one point in the sermon I said that being a prophet was the ultimate bad career move and thank God I had not been called to be a prophet. The entire congregation burst out with laughter. And I scratched my head; it wasn’t that funny.

The joke was truly on me. After worship, one of the parishioners told me I might be a bit confused. Had I not spent the last year telling the congregation that they were not being the church God created and called them to be? Had I not endured much criticism and a whole lot of resistance for the very little progress? She concluded with something like, “So tell me again that you are not a prophet.”

I like to ignore this aspect of my calling, really I do. But then I read texts like this week’s lectionary and it names the yearning I have for more justice, more action, more transformation. If that’s not enough, I also seem to have this compulsion to keep urging myself and others to be more engaged in the world. I read about Elisha picking up Elijah’s mantle and I want to applaud his persistence, question his reasoning, and affirm his cry for God’s presence. But mostly I think, sure pick up that mantle, shake the dust off, and keep moving. I’d do it without even thinking.

But the problem is that I see so much potential in people, churches, the world and I am baffled when we do not live into that potential. The fruit of the Spirit is much more enjoyable in the long run than the works of the flesh. I can’t help but rail against the acceptance of the status quo. This week I was told by a well-meaning colleague that “sometimes you just have to accept the way things are.” No! Not when there is injustice and human suffering involved. I can’t. I am simply not capable of standing around to merely witness a lack of justice. It is not in my blood.

Essentially, not only do I want more, but I believe more is possible. I want more for the people the recent Supreme Court decisions most impact. I want the hatred, fear, and ignorance to stop. I want Israel and Palestine to coexist in peace. I want Afghanistan to stand proudly on its own with peaceful relations with its neighbors. I yearn for justice in a way that often keeps me awake at night. I see the potential for us to do better and I can’t understand why we don’t.

Why is there still a death penalty? Why the inequity in our sentencing laws? Why do people fear gay marriage so much? Why do people hate and fear people who speak other languages, worship other gods, have different skin color? Why are voting rights still in question anywhere? Why is women’s health secondary to men’s health? Why does everyone not have access to healthcare? Why are people starving anywhere in the world? Why does anyone think it’s okay to genetically modify food? Why do people advocate for the continued use of carbon fuels? Why do we not demand a world that honors the fruit of the Spirit? Why do we not keep our hands on the plough?

I’m not kidding! This stuff makes me nuts. I do not understand why we let those corrupted by power and money make decisions for everyone else when the end result is often so destructive. It doesn’t make any sense to me and I have this deep yearning for more justice for all people. And, yes, I feel compelled to write such things. I truly believe that when the human spirit and the Holy Spirit join forces, all things are possible. Why do we settle for less? 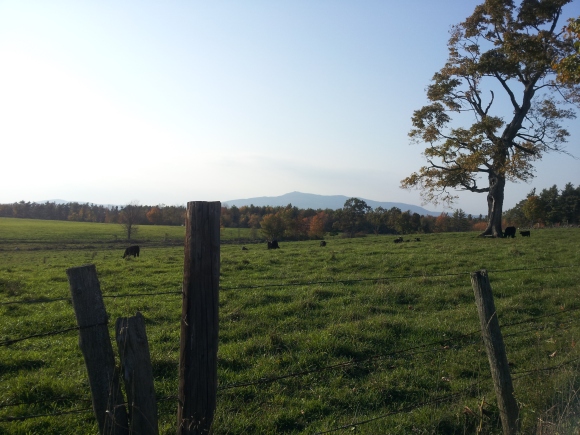 Hi. I am a pastor, an author, a painter, and a poet. Find out more about all of my work, including spiritual direction and suicide prevention, on my website (BeachTheology.com).